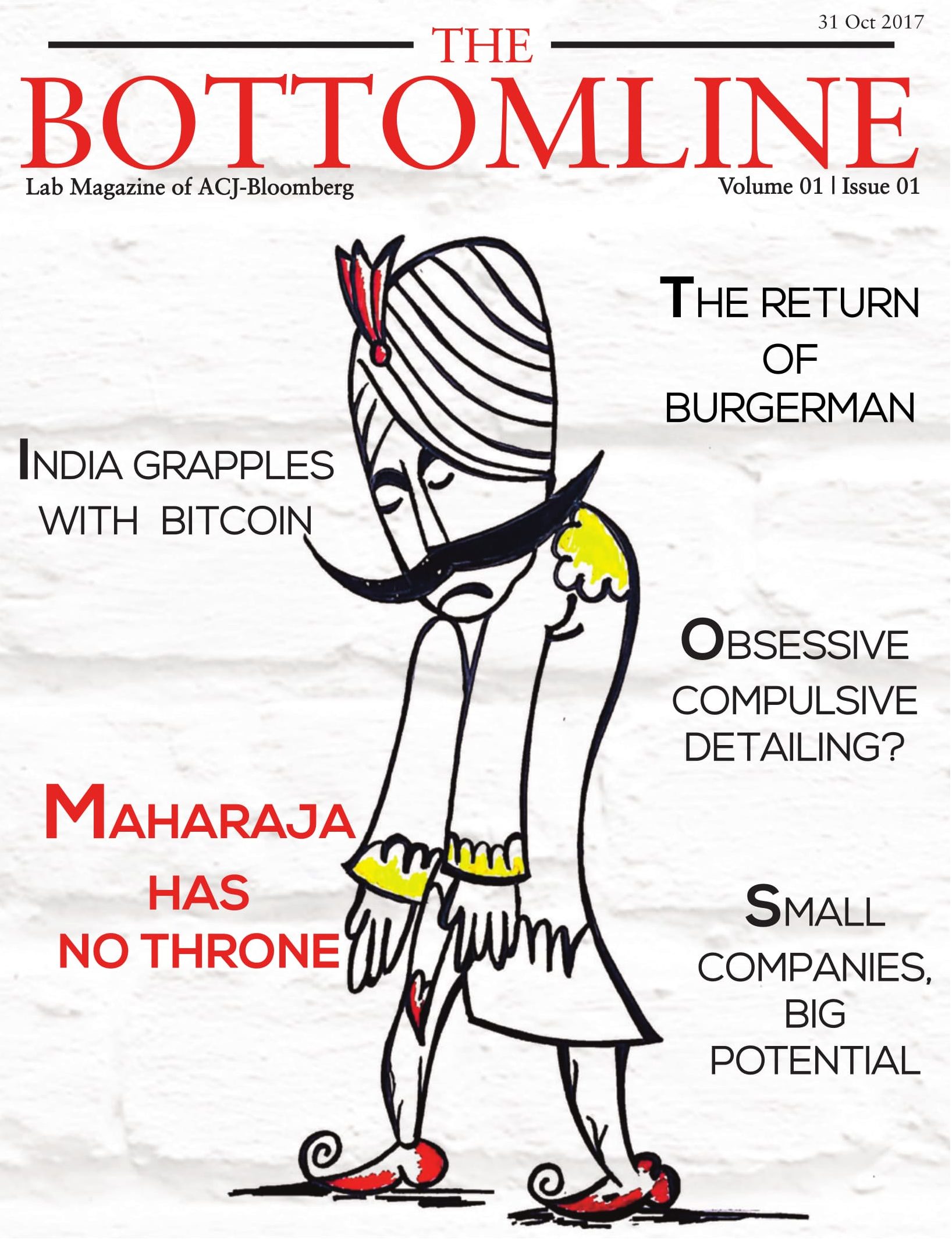 The students of ACJ-Bloomberg financial journalism course launched the first edition of their lab magazine— The Bottomline on November 10, 2017. The cover story is on the disinvestment of Air India. Among other stories the magazine also includes an interview with senior deputy editor of the Hindu Business Line, Prince Thomas, who released his book The Consolidators last month. The magazine was released by Sashi Kumar, chairman of Asian College of Journalism.